Can you boost your immune system with diet?

No one likes being sick. Whether you’re dealing with a frustrating case of neverending sniffles or laid up in bed with someone more serious, fighting off an illness is a miserable experience that takes you away from your daily routine and often leaves you wondering whether there’s anything you can do to never let this happen again.

If you want to protect your body from illnesses and conditions of all kinds, it starts with your immune system. A healthy immune system is the cornerstone for a healthy body. And as it turns out, optimizing your diet is one of the best ways to give your immune system everything it needs to do its job.

Can your diet boost your immune system?

To understand this connection, it’s helpful to have a general understanding of how your immune system works. You probably already know that it’s how your body prevents illnesses and disease, but how exactly does that happen?

In a nutshell: your immune system is complex and involves cells, chemicals, and proteins throughout your entire body. Its job is to detect foreign pathogenic “invaders” like viruses and bacteria that could cause illnesses. When it does detect one of these potential pathogens, it launches an attack to neutralize the threat. Cells and chemicals are quickly dispatched to engulf and destroy the microscopic invaders in a response called “acute inflammation.” Inflammation can look like a couple of different things depending on the kind of sickness that you’re dealing with; for example, runny noses, scratchy throats, fevers, achiness, and sneezing are all signs of inflammation.

The end goal of this response is to destroy those pathogens so that they can’t damage and destroy your cells.

So your immune system needs to be ready to recognize and respond to foreign invaders immediately. But certain conditions like oxidative damage and chronic inflammation can hurt your immune system – and this is where eating a well-balanced diet can come into play.

Toxins from poor dietary choices (as well as conditions like pollution and smoking) can lead to an overproduction of free radicals, which are unstable atoms that can harm your cells and DNA. Antioxidants, which you can get from a variety of healthy foods, can counteract this damaging response. But when there are more free radicals than antioxidants in your system it can lead to a condition called oxidative stress, which can stunt your immune system and contribute to chronic inflammation.

One of the best ways to improve your immune system and control your inflammation is to eat plenty of nutrient-dense foods with antioxidants and other immune-boosting properties. But at the same time, there are also plenty of foods that can hurt your immune system.

This probably doesn’t come as too much of a surprise: fruits, vegetables, nuts, legumes, and probiotics all top the list of immune-boosting foods. Nutrient-dense foods like these are packed with nutrition and immune-boosting compounds which can give your body the tools it needs to recognize and destroy pathogens and equip your body against chronic ailments.

However, it’s important to not view these as individual food items you should eat occasionally if you want to prevent illness. Rather, they should be viewed as crucial components of an overall healthy eating pattern if you want the best immunity results. Several studies have found that the best kinds of eating patterns for your immune system are those filled with fruits, vegetables, legumes, nuts, and healthy fats, as is common in the Mediterranean Diet. This is in contrast to the modern Western diet, which is generally heavy in saturated and trans fats, processed foods, and refined carbohydrates that can hurt your immune response.

That said, here are some of the best foods for your immune system.

Your gut is colonized by trillions of bacteria, and this might not be the first thing you think about when you’re looking to boost your protective immune response. But as it turns out, your gut microbiome (aka the colony of microbes that live in the lining of your intestines) is actually one of the biggest key players in your immune system!

The bacteria in your gut protect your intestinal lining from foreign invaders, and some even create antibodies that help your immune system recognize pathogens. You’re born with certain species of bacteria in your gut, and you can also introduce other “good” bacteria by including probiotic foods in your diet. Fermented foods like yogurt, sauerkraut, and kimchi are all great sources of probiotics.

In addition, you’ll also want to fill up on prebiotics, which are a type of fiber that feed the good bacteria in your gut and encourage their growth. Prebiotics can be found in a variety of fruits and vegetables like onions, bananas, garlic, asparagus, spinach, and onions.

This one probably doesn’t come as much of a surprise if you’ve ever seen an ad for Airborne or Emergen-C during the sick season. Vitamin C, or ascorbic acid, is a powerful antioxidant that can keep your immune system on high alert and keep you healthy even when exposed to bacteria and viruses.

While there are plenty of vitamin C supplements out there, it’s best to get your nutrients from natural dietary sources when possible. Citrus fruits like oranges, lemons, and grapefruits are some of the most well-known sources for vitamin C. Other foods rich in vitamin C include bell peppers and spinach.

Garlic is another great ingredient to add into your routine if you want to boost your immune system and give it a better chance at fighting against illnesses and disease. This pungent bulb is full of sulfuric compounds like allicin, which are known to fight against common illnesses and act as an anti-inflammatory compound.

But while garlic might already star as an aromatic ingredient in many of your favorite dishes, it might be better to eat your garlic raw for the best immune support since cooking can inactivate those immune-boosting sulfuric compounds.

Turmeric, a kind of ginger root, is traditionally used as a spice in Indian cooking. But this common curry ingredient has another trick up its sleeve: it’s also a powerful immune booster! The immune-boosting properties of turmeric can be attributed to its stores of the compound curcumin, which has both anti-inflammatory and antioxidant effects. This means that including more turmeric into your meals can help you avoid both acute sicknesses and chronic ailments over time.

In general, ginger has many antioxidant, antibacterial, and antiviral properties that make it an essential ingredient for many people who want to boost their immunity. So in addition to turmeric, consider using more ginger in general.

Green tea is one of the most popular drinks around the world for the health-conscious, and for good reason. As it turns out, studies are finding that green tea is chock-full of helpful polyphenols that act as antioxidants and immune boosters. One polyphenol in particular, EGCG, is thought to help your immune system produce more T-cells, a kind of white blood cell that can help you fight infection.

Crab, lobster, and other shellfish

We tend to overlook the importance of minerals in our diet, but these micronutrients play integral roles in keeping your body healthy. Seafood options like crab, lobster, and other shellfish are rich sources of zinc, a mineral that plays a central role in keeping your immune system running smoothly. You can also find zinc in other dietary staples like meat, seeds, legumes, dairy, and nuts.

Vitamin A is another crucial player in the fight against illness. It acts as an anti-inflammatorycompound and also helps protect and defend against infectious diseases.

Beta-carotene, a plant-based compound found in red/orange foods like sweet potatoes, oranges, papayas, and squash, converts to Vitamin A when you eat it. It’s also an antioxidant that protects your body from free radical damage. .

Nut and seeds are rich sources of Vitamin E. This vitamin acts as an antioxidant to minimize cell damage from free radicals, and studies have also found that it also has the potential to help increase the function of those T cells that are so important for your immune response.

Are there foods that weaken my immune system?

But while there are several foods that you can include regularly in your diet to give your immune system a boost, there are also many unhealthy foods that can have the opposite effect.

Some foods that may weaken your immune system include:

On a related note, obesity and high body fat percentages have also been linked to poor immune system function and higher rates of inflammation. Because unhealthy fats, refined carbohydrates, processed foods, and other common foods in the modern Western diet are often calorie-dense but nutrient-poor, this can further contribute to a weakened immune system.

In short, eating a diet full of whole foods, fruits, vegetables, whole grains, complex carbohydrates, and lean protein can give your immune system the tools it needs to fight off disease. On the other hand, a diet that is consistently full of highly-processed foods, added sugars, and unhealthy fats can leave you more vulnerable to sickness and disease.

Other ways to boost your immune system

In addition to eating an anti-inflammatory diet, you can also boost your immunity with other healthy habits.

You don’t want to neglect your immune system until it’s too late, since that usually means that you’re already dealing with a sickness. Including a wide variety of healthy, antioxidant-rich foods is one of the best ways to give your body all the tools it needs for fighting off diseases and illnesses of all kinds.

Get 20% off your first month with Base by signing into your HK account!

Lacking Motivation or Having Trouble Sticking To Your Goals? Set Small Milestones, You’ve Got This! 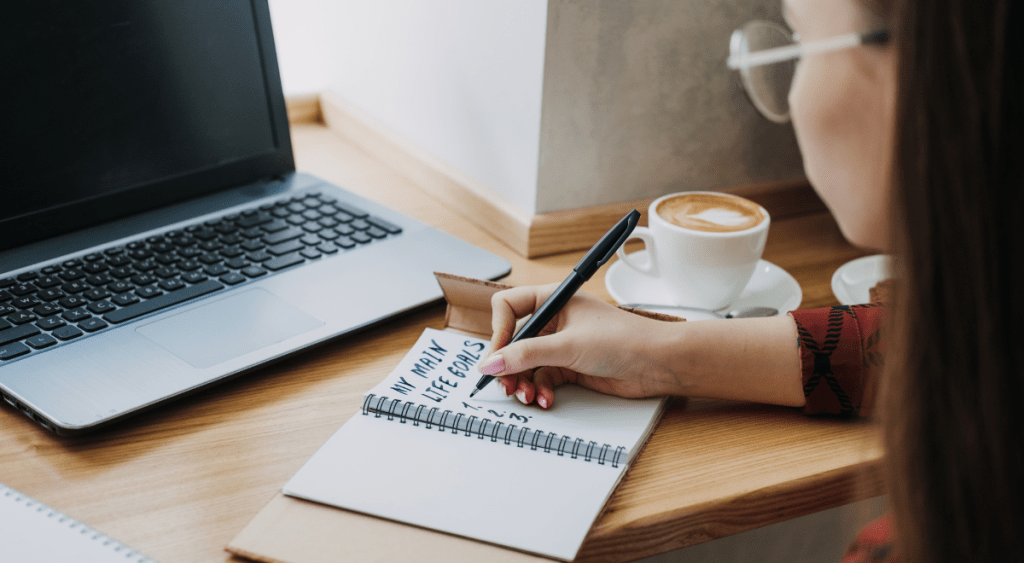 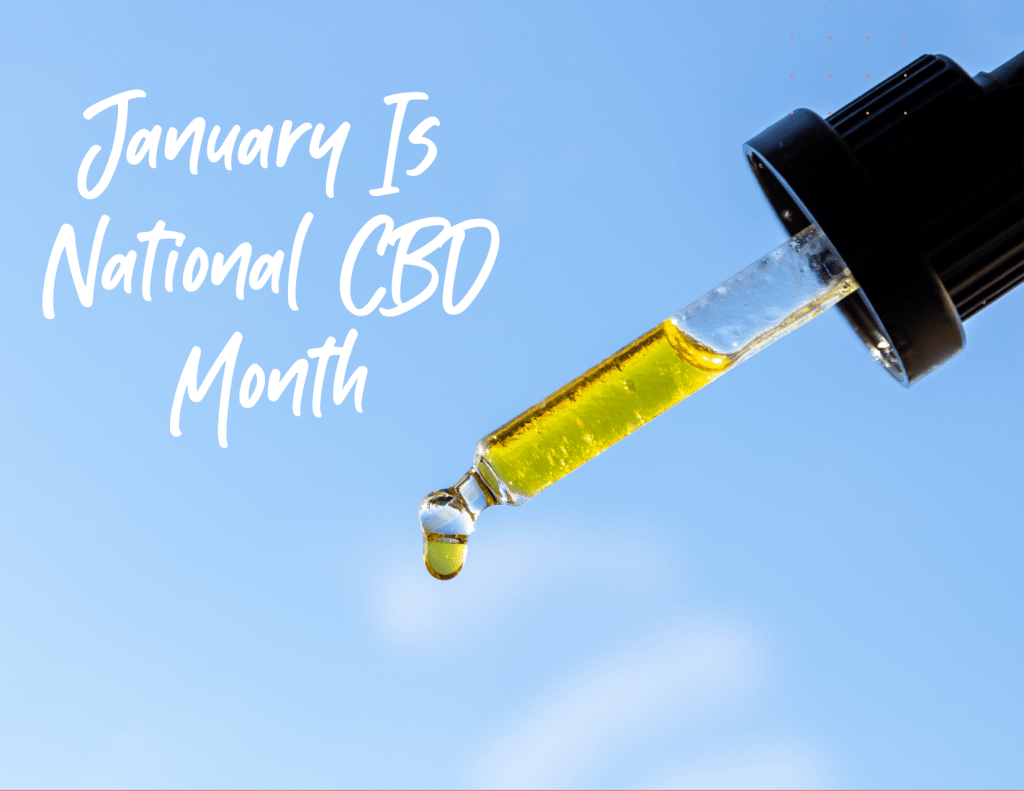 HealthKick’s 2022 Wellness Benefits Trends Report: How to Win with Employees in 2023 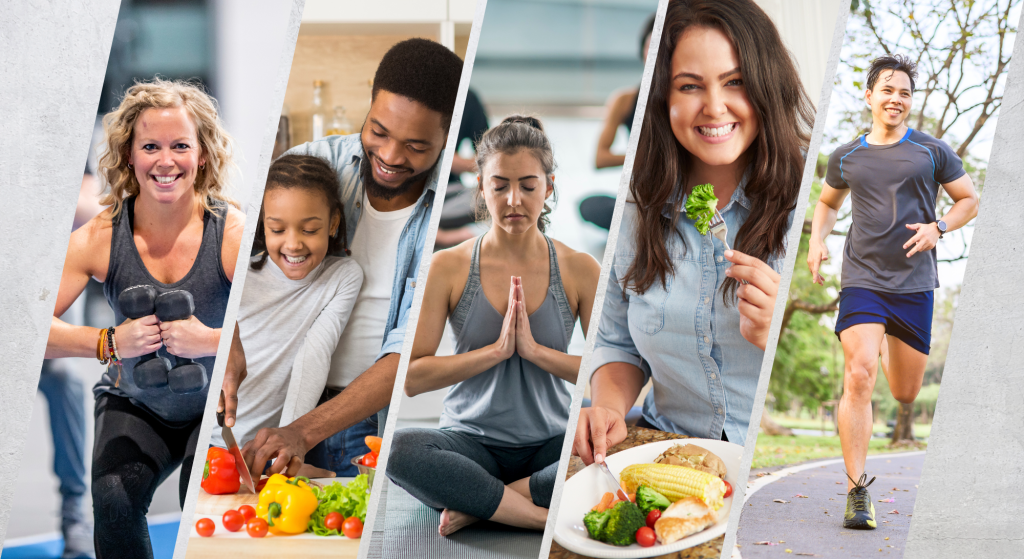